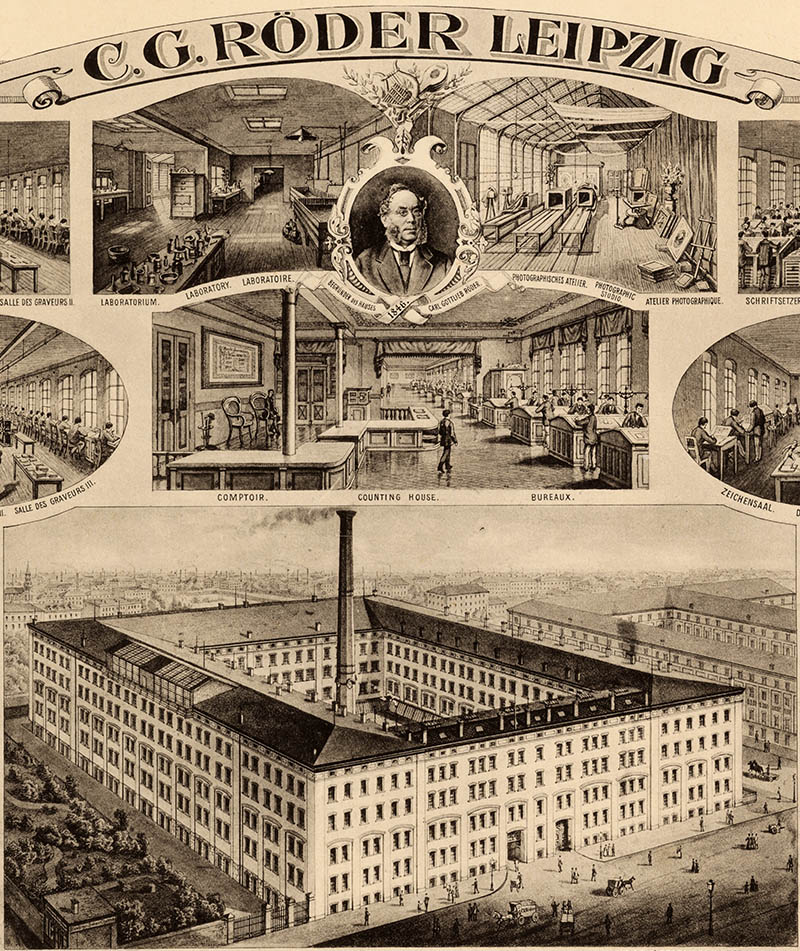 The division of labour, the multiplication of the arts of peace, which is nothing but a large allowance to each man to choose his work according to his faculty, – to live by his better hand, – fills the State with useful and happy labourers; and they, creating demand by the very temptation of their productions, are rapidly and surely rewarded by good sale: and what a police and ten commandments their work thus becomes.

Division of labour is an important element in the industrial landscape. It involves a specialisation in the vocations (Businesses), the commercial sectors (Trade) and the sciences (Science). The technical division of labour in the sense of separating work processes into different types of simple sub-operations (Technology) is the basis for factory production (Factory). It has a considerable influence on the quality of the manufactured goods. The different partial work processes are subject to different wage levels (Wages).

This lithograph from 1893 shows a factory and 24 pictures of the various workrooms and buildings on the premises of the company C. G. Röder, a manufacturer specialising in music engraving and music printing. It gives a clear picture of the division of labour among the workforce. The company’s founder Carl Gottlieb Röder is immortalised on a small medal. The highly successful company had to move its premises several times until it took up permanent residence in the Leipzig district “Graphisches Viertel”, where it had the space it needed for the increasingly specialised it work that was being carried out there in buildings that had to be extended several times.