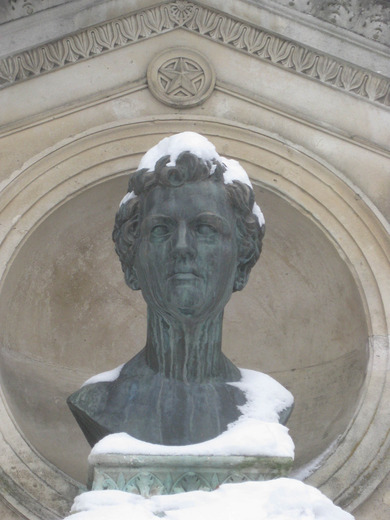 More than a teller of fairy tales

Whoever wishes to get to know the mind of the people should study lending libraries.

Born as the son of a civil service clerk, Wilhelm Hauff studied theology in Tübingen from 1820 to 1824 and then became a tutor in the household of Baron von Hügel, the war council president from Wurttemberg. His literary output began at this time with the Märchen-Almanach auf das Jahr 1826 für Söhne und Töchter gebildeter Stände (Fairytale Almanac for the year 1826 for the Sons and Daughters of the Educated Classes), published in 1825. The royalties afforded him travels to Paris and northern Germany.

With his historical novel Lichtenstein (1826), Hauff won himself a wide readership. The publisher Johann Friedrich Cotta made him the editor of his Morgenblattes für gebildete Stände (Morning Paper for the Educated Classes) series in January 1827. In the very same year, the popular author died shortly after the death of his daughter. With his satirical texts on Die Bücher und die Lesewelt (Books and the World of Reading), he left behind an unmistakeable impression on the literary and publishing worlds of his time.