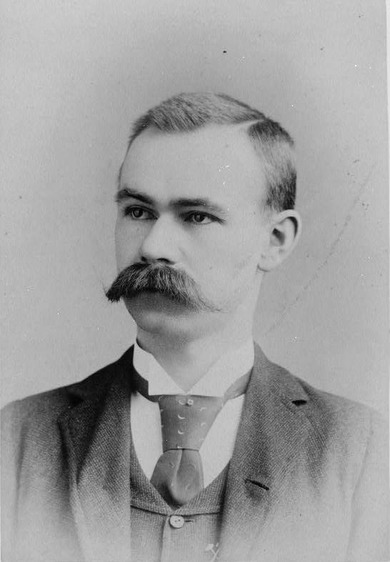 Inventor of the punch card system

One evening at Dr B’s tea table he said to me ‘There ought to be a machine for doing the purely mechanical work of tabulating population and similar statistics’.

As the child of immigrants from the Palatinate region of Germany, Herman Hollerith had already completed his training as a mining engineer at the age of 19 and he worked on the American census of 1880. From then on he looked into the question of saving data. In doing so, he fell back on a technology for controlling weaving looms that French inventor Joseph-Marie Jacquard had tried out at the end of the 18th century. Cards or sheets of thick paper with holes punched in them were used to save correspondingly coded information.

Hollerith invented devices and machines especially to punch, sort or read the information. The entire system was patented in 1889 and used on a large scale for the first time during the 1890 census. The punch card method played an important role for around 100 years and became the source of entire branches of the information-processing industry.