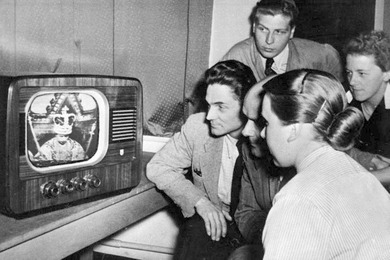 Due to the massive interest shown in them beyond specific target groups by a large part of the population, media mega-events stand out from the diffuse communication bombardment that we are subjected to on a daily basis. Recurrent spectacles such as the Olympic Games and the FIFA World Cup and European championships, as well as royal weddings, celebrity deaths and disasters have stood out as prototypical reference points of a gigantic public interest in the past. The coronation of Queen Elizabeth II in 1952 was one of the first blockbusters in television history. In a similar manner, the entire world shared in the assassination of US president Kennedy, the first moon landing in 1969 and the attacks on 11 September 2001.

The French Philisopher Jean Baudrillard called the attack on the Twin Towers in New York a "pure event" as it cut through the usual daily media topicality, thus almost falling out of history in its defiance of every attempt at categorisation. Sometimes major events are generated deliberately by questionable journalistic sensationalism. Inglorious popularity was achieved in this context by the Gladbeck hostage crisis of 1988, in which the media took their share of the responsibility for the deaths of three people as they hampered the police forces and documented the escape route up close right through the Federal Republic.