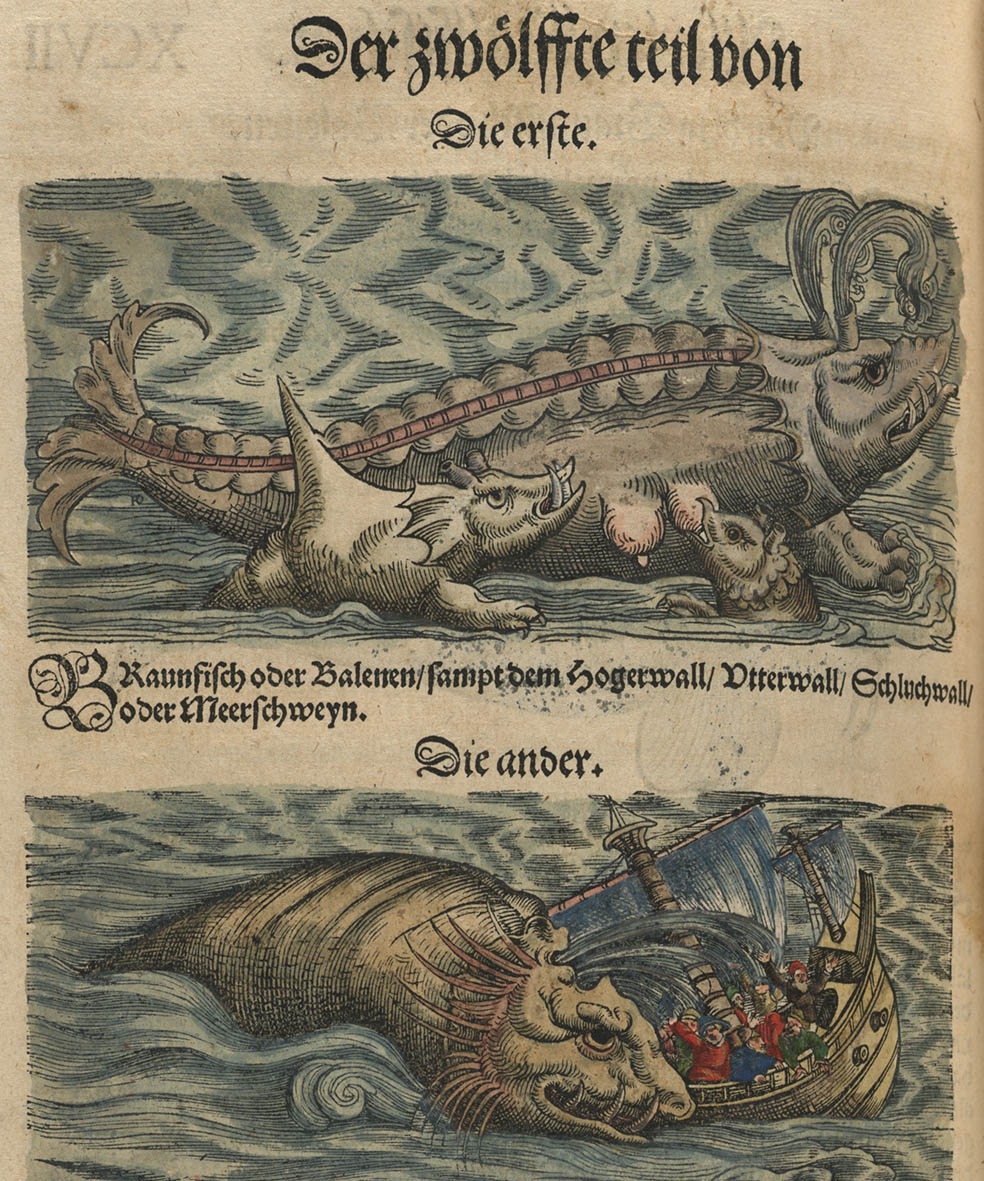 This is a short description of all four-legged animals that live on the Earth and in the water ...

Historia animalium, a work by the physician and naturalist Conrad Gessner (1516-1565), is a compendium of the entire body of zoological knowledge of the author’s era. Gessner’s associations with a vast array of European scholars proved invaluable during the compilation of the work. The Latin edition was published in four parts between 1551 and 1558. After Gessner’s death, a fifth edition dealing with snakes was released. All breeds of animal that were familiar to scientists at the time were described in this zoological opus, although the work also featured mythical creatures such as unicorns and mermaids.

Many of the decorative coloured woodcuts are highly realistic, while others draw inspiration from the visual style of mythical medieval bestiary. 65 of the woodcuts were produced by Gessner himself, while others were taken from works such as Bernhard von Breydenbach’s Peregrinatio de terram sanctam. The Historia animalium was reprinted and translated extensively for use as a source of scientific study. The first German publications of the first, second and fourth parts (Thierbuch and Fischbuch, English: Book of Animals and Book of Fish) were released in 1563 by the Froschauer publishing house in Zurich. The third part, the Vogelbuch (Book of Birds), appeared slightly earlier, in 1557.