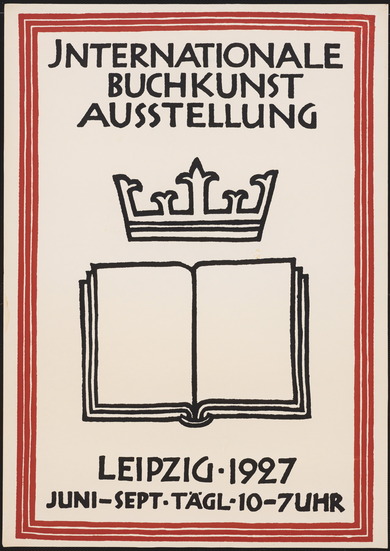 Beauty is such a vague term that it’s impossible to argue about it.

The German Book Art Foundation was established after the International Book Arts Exhibition in Leipzig in 1927. It launched a competition to find the most beautiful German books with the goal of honouring not just bibliophile offerings, but also to acknowledge the technical and artistic qualities of well-designed books for everyday use in a number of different categories, and so promote greater diligence in the production of mass-market books. The first competition took place in 1929. An independent jury award prizes in the categories of composition, printing, illustration and binding to the 50 most beautiful books of the year. The political events of 1933 brought the competition to a temporary halt. The division of Germany after the Second World War meant that two such competitions were relaunched in the early 1950s, the East German competition taking place in Leipzig, the West German in Frankfurt.

The Stiftung Buchkunst (Book Art Foundation) was established in Frankfurt in 1965. Today it stages the annual competition for the most beautiful German books which merged once again after the fall of the Wall. The aim of the competition is to allow comparative assessment and recognise outstanding contributions to the design and production of books.