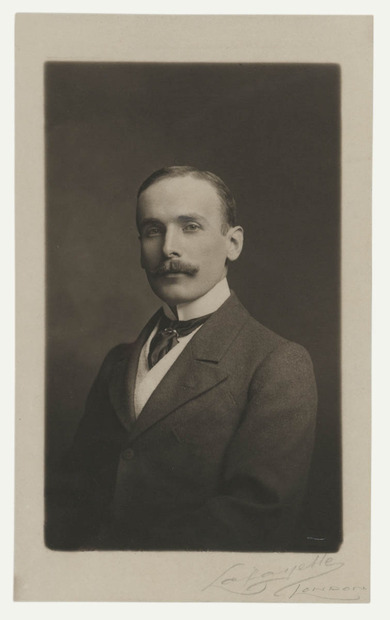 Diplomat, patron of the arts and bibliophile

A book must be like a festival, like those of the Greeks or Louis XV, light and rich and bright, inside and out.

Diplomat, dandy, artist, sophisticate, compulsive diarist, alleged illegitimate son of the German Kaiser – Kessler was a dazzling personality in the cultural life of his epoch. He attempted to unite life and art in Germany as William Morris had in England.

He conceived the “Großherzog-Wilhelm-Ernst-Ausgabe” (Grand Duke Wilhelm Ernst Edition) for the Insel publishing house, its 1904 debut marking the beginning of Kessler’s collaboration with English book designers. To implement his idea of the book as a gesamtkunstwerk of content, typography, illustration and materials, he established the Cranach-Presse Weimar in 1913. Working with international artists and using specially-designed type, paper and woodcuts, the press produced artistic book offerings in a European format until 1931.