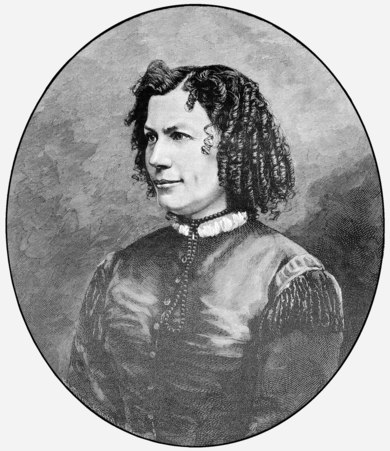 Then we started talking about how many “Elses” (people with the name “Else”) there had been since the release of Goldelse – and she said that in Russia a small girl had even been christened “Goldelse”.

Else Hofmann on a discussion she held with E. Marlitt in Die Gartenlaube, 1882

After the loss of her hearing had abruptly ended her fledgling musical career, the classically-trained singer Eugenie John began, in 1853, to serve the Princess of Schwarzburg-Sondershausen as a social attendant, travel companion, reader of literature and composer of letters. When the court at Sondershausen fell into financial difficulties a decade later, Eugenie John turned her plight to her advantage, using her knowledge of the surrounding social milieu as the basis for a range of popular literary works.

Writing under the pseudonym of E. Marlitt from 1865 onwards, her novels and short stories appeared in serial form in the family periodical Die Gartenlaube. This exposure proved to be the main contributing factor to her success as an author. Although she is regarded, historically, as a producer of trivial literature, Marlitt struck a nerve with a broad readership during her time – a readership that made her one of the first female bestselling authors of the modern era.