Whether tally stick, pamphlet or neon sign, gravestone or novel, picture book, newspaper or text message – for more than 5,000 years human beings have been noting down their messages, dreams and knowledge of the world using symbols and script. While information was passed from person to person before the invention of writing, the ability to write made it possible to store information over long periods of time. The media innovations writing, printing and the Internet are milestones in human history along the path towards storing universal knowledge. In this process, the book has influenced our culture and civilisation like no other medium. Since the 19th century, new duplicating and transmission techniques have been creating a universe of knowledge that is charging forward at enormous speed. Communication platforms on the Internet bring together familiar media, create increasingly compact networks, have radically changed the way we live and work, and are establishing their own reality.

The virtual exhibition Signs – Books – Networks. From cuneiform to binary codecovers a timespan from ancient history to the present day and explains cultural history from the perspective of script and book right up to today’s world of digital networks. The chronological backbone of the exhibition is marked out by media innovations and explanations of how they fit into the intellectual history of humankind. Subjects of interdisciplinary relevance such as censorship or worlds of reading are presented across the ages thus explaining continuities and breaches in the history of media.

In this interlinked presentation, the visitor can move through the history of media in accordance with his or her own personal interests, follow up cross-references and explore historical sources. At the heart of the exhibition are eleven thematic modules, each of them presenting selected elements from media history. Online visitors can go down different thematic pathways thanks to the succinctly described object texts.

In addition to this thematic approach to media history, the virtual exhibition provides a second level of entry in the form of a timeline. Event icons with brief explanatory texts make it possible to allocate the individual stories within the overall chronology of media history. The virtual exhibition also has a glossary with more than a thousand entries and their definitions which are about the length of a Twitter message. And ultimately, a digital visitors’ book guarantees that every visitor can converse with those responsible for the exhibition and also play an active role in the exhibition activities.

German Museum of Books and Writing

Collecting, exhibiting and scientifically analysing objects from the study of books and the history of media are the remit of the German Book and Script Museum of the German National Library in Leipzig. It is a workshop for research into the history of script, book, media and paper as well as a place to discover and explore in exhibitions and programmes of educational museum events.

Established in1884 as the German Book Trade Museum (Deutsches Buchgewerbemuseum) in Leipzig, it is the world’s oldest and, in terms of the scope and quality of its inventory, most important museums in the area of book culture. It was not by chance that the museum found its home in Leipzig at the end of the 19th century. Because of its outstanding achievements and innovations in the field of book and printing art – such as publishing the world’s first daily newspaper (1650), developing movable type with music symbols and the centuries-old tradition of the city’s book fair – Leipzig enjoys a unique historical profile as a city of books. 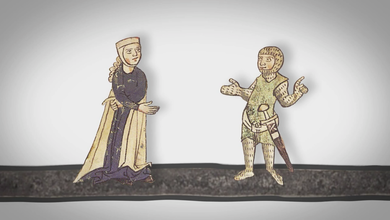 The foundations for the extensive inventory of books in the museum’s possession were laid down by the Saxonian state in 1886 when it bought a collection comprising 3,000 historical prints from the Dresden tailor, publisher and book collector Heinrich Klemm. The museum and its collection suffered terrible losses in World War II. The House of the German Book Trade (Deutsche Buchgewerbehaus), which has accommodated the museum since 1939, was razed to the ground in December 1943. The most valuable pieces from the Klemm collection – which were located elsewhere at the time and included manuscripts, incunables (among these a 42-lined Gutenberg Bible) and a valuable collection of book cover and textile prints – was confiscated by the Soviet occupying forces in September 1945. Since then they have been kept at the Russian State Library in Moscow. Following these war losses, the museum secured its survival as an influential body by integrating itself into Deutsche Bücherei in Leipzig. Following German reunification, the museum became a department of the German National Library in 1990.